The Officer in charge is
Wolfgang Allin

Please notify us immediately of any changes 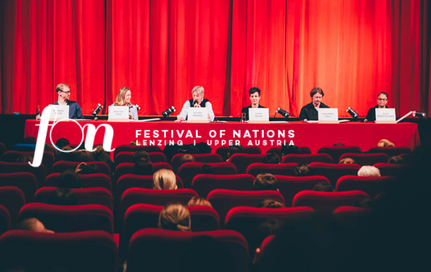 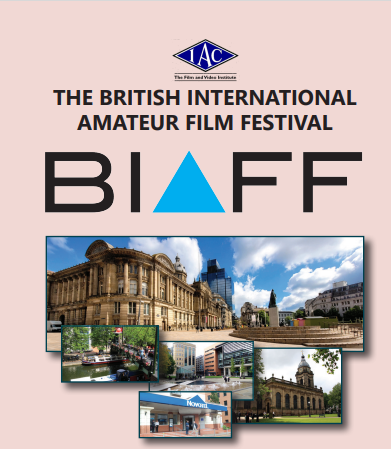 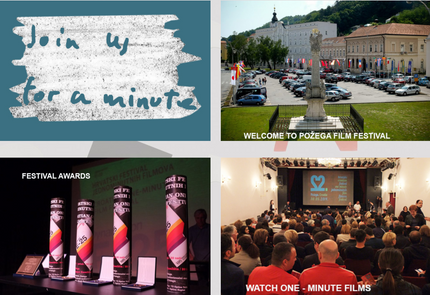 Do you find one-minute film form challenging, interesting and creative? You have always wondered what can be filmed in only one minute?
Send us your films and be part of the global one-minute magic.
We hope you’ll be able to be our guests personally during the CROATIAN ONE-MINUTE FILM FESTIVAL. You’re kindly requested to inform all your friends and people you know who might be interested in making one-minute films and participating at our festival. 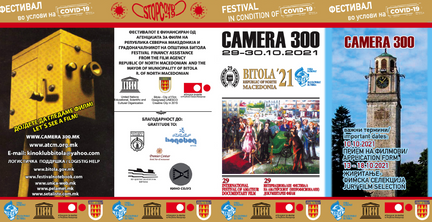 Today, when we celebrate 140 years since the birth of Milton Manaki, Bitola rightly carries the predicate - UNESCO Film City. We, the "Milton Manaki Cinema Club", which is the organizer of the FADF "Camera 300", are proud of this title. Namely, the Club, and the Festival as well has been under UNESCO protection for a long time thanks to the patronage of UNIKA, which is also under the umbrella of this world organization. In addition to our festival which hosts many film festivals, Bitola has other activities in the field of film and film culture such as:

International Film Festival of Cinematographers "Manaki Brothers", which celebrates its 41th anniversary this year, and there are of course various activities and presentations within the festival. Particular emphasis should be given to the activity in Bitola, which has numerous filmmakers from home and abroad filming in Bitola and the wider environment, thus making Bitola an open-air film studio through which a large number of Bitola's participants are extras, artists (from the Bitola Theater) as well as other assistants in the success of film making. 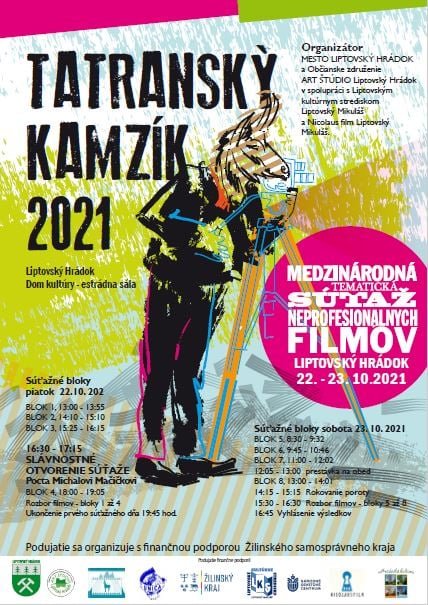 THE CHAMOIS OF THE TATRAS

The international thematic competition of non-professional films focused on

• travelogues (including mountain hiking and sports) 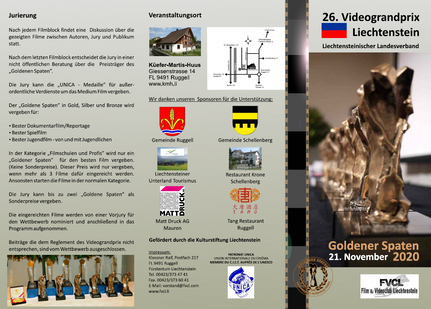 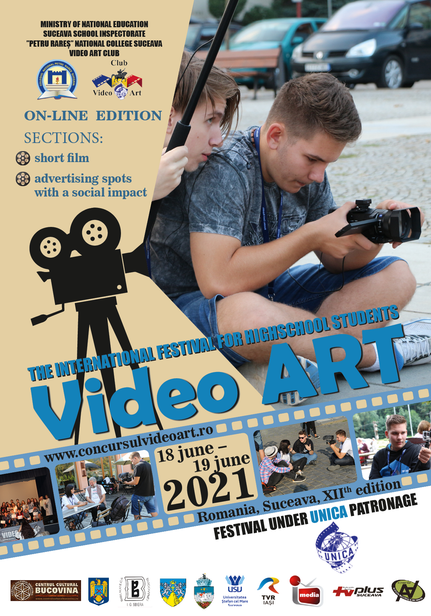 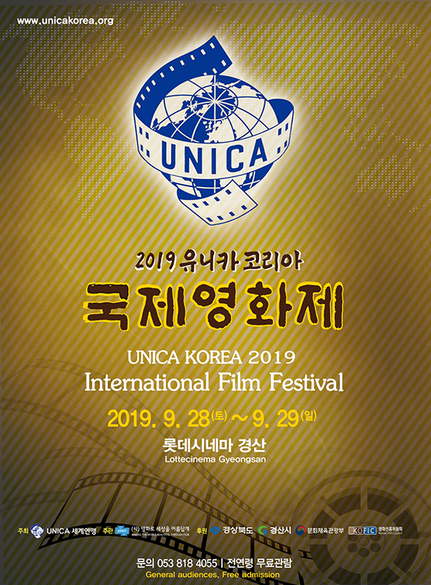 " Making the World Beautiful Through Film "
UNICA KOREA is the Korean headquarter of the international organization UNICA World Federation.
The UNICA has been established to support filmmaking and international cultural exchange
as a means to promote peace, friendship and international understanding
and cooperation in the arts, culture, education and science under the principle of UNESCO.
Forty member countries from developed countries in Europe;United Kingdom,
Germany, France, Italy and Russia have joined UNICA World Federation.
In Asia, Korea is the only member country. 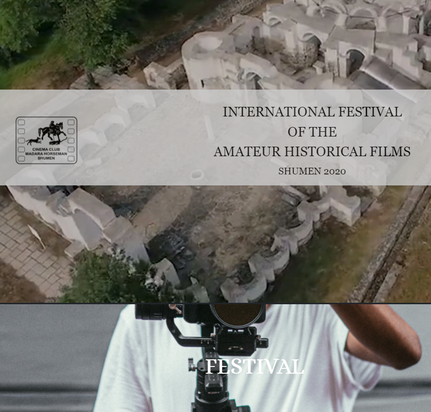 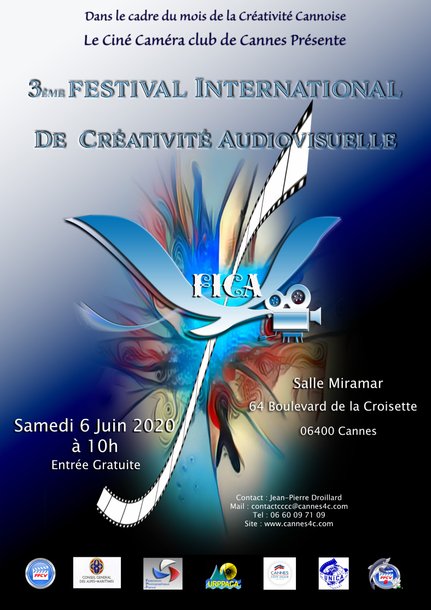 1. The "International Festival of Audiovisual Creativity ", short films, (videos, slides show) is open to non- professional directors, students, film school students and youth associations.
2. The choice of subject or theme is open.
Any production promoting racism, indecency or political matters will be rejected. Productions
already submitted to this festival in previous year will also be rejected.
Any competitor can submit only one realization. Each film, including the credits, should not exceed
12 minutes for categories « Animation » and « Slideshows » and 16 minutes for categorie « Video ».
Any commentary must be in French or subtitled in French.
3. ... 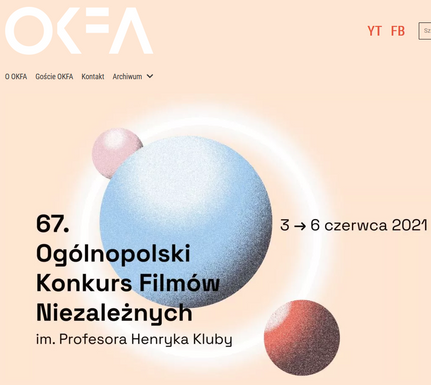 OKFA - is the oldest in Poland, a constantly evolving project dedicated to cinema outside official distribution. The competition part of the event is aimed at amateur filmmakers, independent filmmakers and students from film schools. Its aim is to stimulate and promote the offline film movement and to showcase the latest achievements in the non-commercial trend of cinema. Importantly, OKFA is more than a few action days conducted in an annual mode, but a process of continuing the actions taken and consolidating the intended outcomes. Accompanying events are m.in film exhibitions, workshops for young people, special screenings, concerts, artists' meetings, attended by around 2,000 people. The organiser is the Centre for Culture and Art in Konin, implemented by the festival and the Federation of Independent Filmmakers. 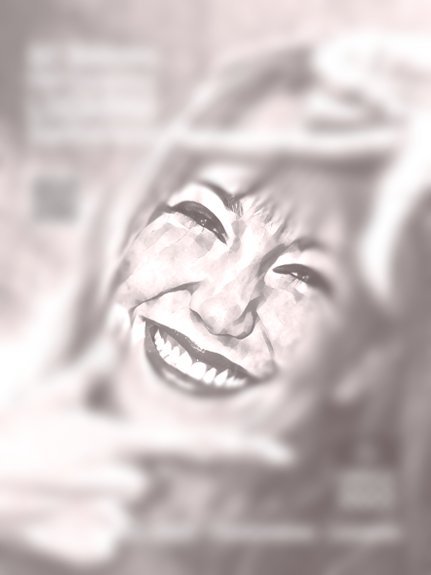 AIMS OF THE FESTIVAL

Within XXVII IIFF „PUBLICYSTYKA 2020” there will be three categories. The contest will be carried out in: POLISH AMATEUR FILMS and POLISH STUDENT FILMS and FOREIGN FILMS.

Films produced before 2019 will not be allowed to participate.

All films should have subtitles in English. 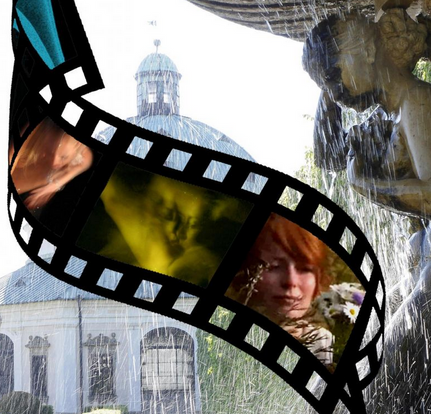 An integral part of the autumn offer of the House of Culture in Kroměříž is the traditional Czech-Slovak competition of non-professional film and video production ARSfilm Amateurs Kroměříž. The 47th edition will take place from 2 to 4 October in the Music Hall of the House of Culture in Kroměříž. As in previous years, it is open to authors and authors' collectives from the Czech Republic and abroad with their films that have been made on a non-commercial basis and correspond to the categories of the competition, meet the technical conditions and have not participated in this competition in the past or have not been entered. This year the show is also held under the patronage of the Ministry of Culture of the Czech Republic and the Czech Association of Non-professional Film. The main organiser is the City of Kroměříž and the Czech Film and Video Association. 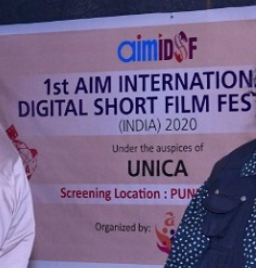 AIM INTERNATIONAL DIGITAL SHORT-FILM FESTIVAL (AIMIDSF) is a competitive festival of short duration films, organized and conceptualized by Art Insight Medium (AIM), a nonprofit government registered trust from Pune, India. AIM's aim is to contribute to the development and promotion of artistic short films, documentaries, animation films and their production through a festival platform called AIMIDSF.

Film festivals are a vital link in the chain of global film culture. It’s sharing. Thanks to global digitalization and huge networking, Film Festivals are now an exceptional tool for crossing the communication channels from the most distant places. Film festivals are helping at the frontline of an increasingly polarized world. Speaking multiple languages, they give us the ability to hear a rich diversity of voices from the divided areas. Whatever happens in the farthest place of the world, it occupies the festival screens. So AIMIDSF is designed for a stage to display your talent. Come join us.

There are thousands of international film festivals. How can you know which ones will treat you and your films fairly?

If you take part in a festival under UNICA Patronage, you can be sure of a fair deal. If your film wins the festival's UNICA Medal you get extra publicity on the UNICA website.

The award of the name “UNICA Patronage” to a festival is like granting a Kitemark, ISO or DIN approval to a product. It says to authors who might take part and to audiences who might attend, this is an honest, trustworthy festival. This festival has the approval of the world organisation.

There are thousands of international film festivals. How can you know which ones will treat you and your films fairly?

If you take part in a festival under UNICA Patronage, you can be sure of a fair deal. If your film wins the festival's UNICA Medal you get extra publicity on the UNICA website.